This months TBR is going to be dedicated to finishing up books I am in the middle of. Lucky for me some of them are spooky and wonderfully themes for October. I don’t know about you, but October is my favorite month of the year. I love the creepy vibe and the fact I have an excuse to put skeletons and skulls all over the place. I love that there is a chill in the air that makes holding a nice hot apple cider, tea, or coffee in your hands one of the best feelings in the world.

Where the Light Falls by Allison Pataki & Owen Pataki

I am currently 28% through this book. I am very much enjoying the story.

From the courtrooms to the battlefields to the alleyways of Paris, with cameos from infamous figures in French history, the Patakis have crafted an epic, action-packed novel of the French Revolution as it has never been seen before. Three years after the storming of the Bastille, Paris is enlivened with the ideals of liberty, equality, and fraternity. The monarchy has been dismantled and a new nation, for the people, is rising up in its place. Jean-Luc, a young optimistic lawyer, moves his wife, Marie, and their son to Paris, inspired by a sense of duty to contribute to the new order. André, the son of a former nobleman, flees his privileged past to fight in the unified French Army with his roguish brother. Sophie, a beautiful young aristocratic widow and niece of a powerful, vindictive uncle, embarks on her own fight for independence. 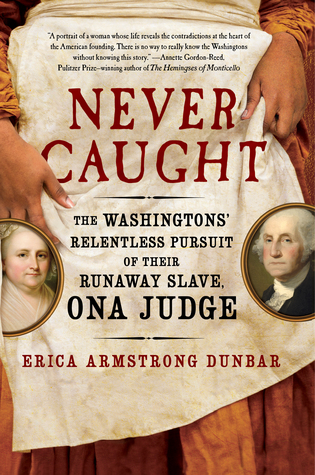 I went to the bookstore yesterday and picked up this read. It caught my eye right away and when I read the blurb I knew I needed to read it. I am already 22% through this book and I plan on finish it first.

A startling and eye-opening look into America’s First Family, Never Caught is the powerful narrative of Ona Judge, George and Martha Washington’s runaway slave who risked it all to escape the nation’s capital and reach freedom.

When George Washington was elected president, he reluctantly left behind his beloved Mount Vernon to serve in Philadelphia, the temporary seat of the nation’s capital, after a brief stay in New York. In setting up his household he took Tobias Lear, his celebrated secretary, and nine slaves, including Ona Judge, about which little has been written. As he grew accustomed to Northern ways, there was one change he couldn’t get his arms around: Pennsylvania law required enslaved people be set free after six months of residency in the state. Rather than comply, Washington decided to circumvent the law. Every six months he sent the slaves back down south just as the clock was about to expire.

Though Ona Judge lived a life of relative comfort, the few pleasantries she was afforded were nothing compared to freedom, a glimpse of which she encountered first-hand in Philadelphia. So, when the opportunity presented itself one clear and pleasant spring day in Philadelphia, Judge left everything she knew to escape to New England. Yet freedom would not come without its costs.

At just twenty-two-years-old, Ona became the subject of an intense manhunt led by George Washington, who used his political and personal contacts to recapture his property.

I am currently 43% through this  book.

Morris hides the money and the notebooks, and then he is locked away for another crime. Decades later, a boy named Pete Saubers finds the treasure, and now it is Pete and his family that Bill Hodges, Holly Gibney, and Jerome Robinson must rescue from the ever-more deranged and vengeful Morris when he’s released from prison after thirty-five years.

Not since Misery has King played with the notion of a reader whose obsession with a writer gets dangerous. Finders Keepers is spectacular, heart-pounding suspense, but it is also King writing about how literature shapes a life—for good, for bad, forever. 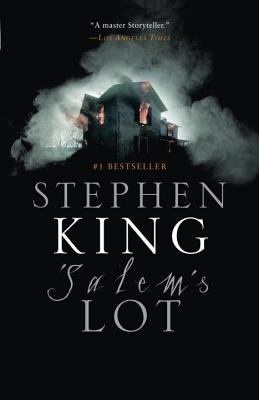 I am currently 30% through this books. I have a feeling it is going to be one of my favorite King novels when I am done.

Ben Mears has returned to Jerusalem’s Lot in hopes that exploring the history of the Marsten House, an old mansion long the subject of rumor and speculation, will help him cast out his personal devils and provide inspiration for his new book. But when two young boys venture into the woods, and only one returns alive, Mears begins to realize that something sinister is at work—in fact, his hometown is under siege from forces of darkness far beyond his imagination. And only he, with a small group of allies, can hope to contain the evil that is growing within the borders of this small New England town.

Are you reading anything spooky this month?