A new year and a few new goals for my blog, my reading, and myself. I don’t know about you, but I love setting goals for myself. I find it motivating and I am always excited to see if I hit them at the end of the year. For now I am going to share the goals I have for my blog and reading in the new year.

What goals do you  have for yourself this year? 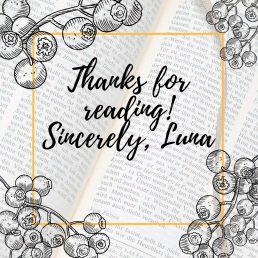