Hello everyone, today I wanted to share with you another ______ Picks My Books post. I have really been loving this series and I am excited to see that you all are enjoying it as well. This month I am not turning to a stranger to pick my books, but someone I could easily call a friend. This month I had Amy from Tomes with Tea pick books for me to haul.

Now I want to give you some background. Amy and I have talked pretty much constantly for a year. Over this year we have chatted, taken part in four buddy reads at this point, and recommended many books to one another. Over this time we have come to realize that our reading tastes are VERY similar. I don’t think there has been a book we both have not had the same opinion on. Amy, if I am wrong please tell me, but I cannot remember a single one. So I thought for April having her pick would be a lot of fun.

Once I got this idea in my head I messaged Amy and I was so pleased with her response.

Amy took an interesting approach and decided she was going to give me one fiction and one non-fiction read. I thought that was a great plan I told her that she had free reign and there was no limit on length, topic, etc. She quickly got to work and found me two books to haul. I was a bit upset that I had to do this over the internet with us living on two different continents, I must rather have got on a bookshop trip with her. But, regardless I am grateful that that internet exists which allows us to talk frequently and I get to have her pick out these books for me.

The first book that Amy chose for me was In the Days of Rain by Rebecca Stott. When I searched for a place to purchase this book I read the description and it looks so interesting. I know I am going to be getting to this non-fiction novel very shortly. 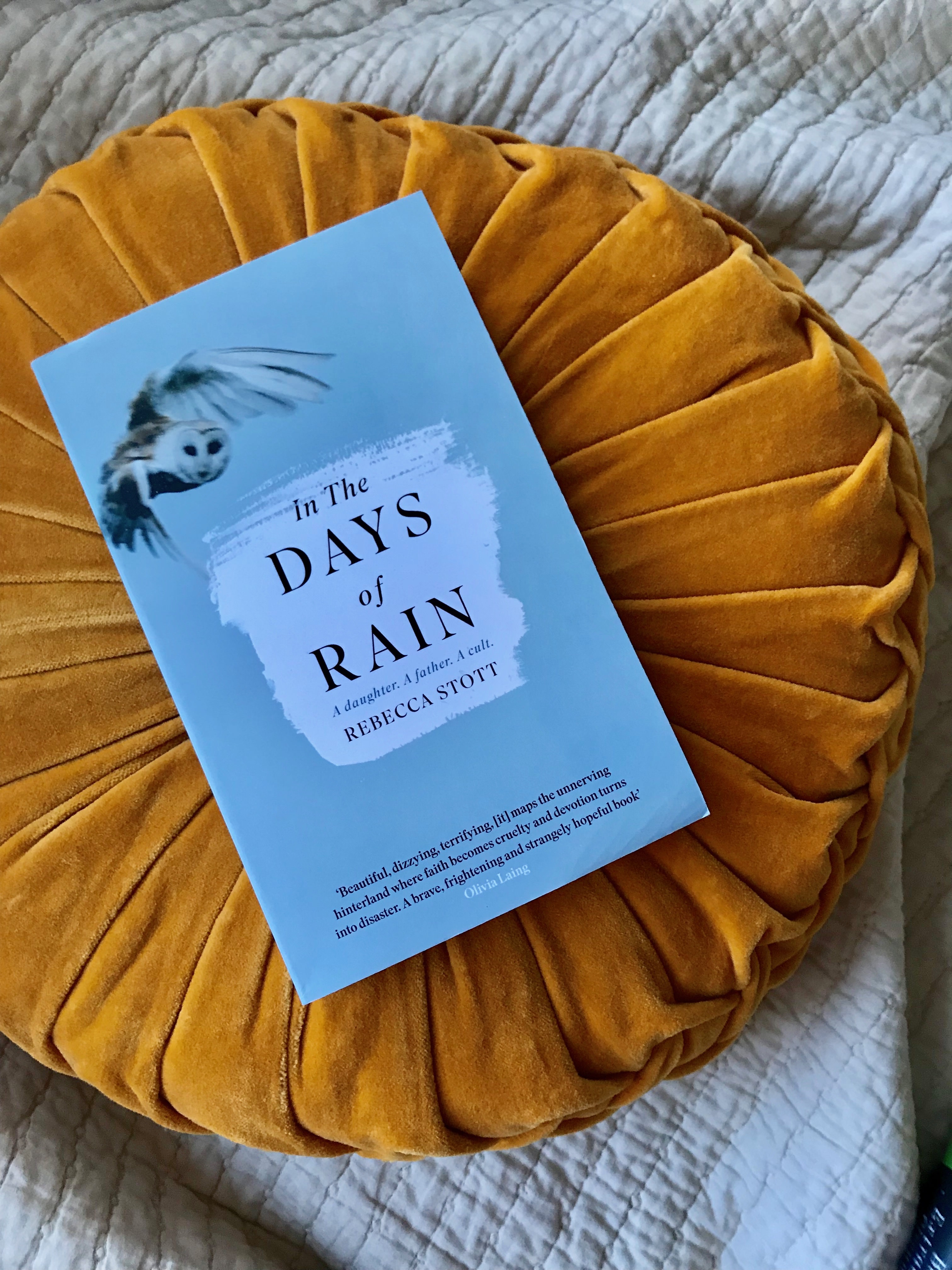 Description: Rebecca Stott was born a fourth-generation Brethren she grew up in England, in the Brighton branch of the Exclusive Brethren cult in the early 1960s. Her family dated back to the group’s origins in the first half of the nineteenth century, and her father was a high-ranking minister. However, as an intelligent, inquiring child, Stott was always asking dangerous questions and so, it turns out, was her father, who was also full of doubt. When a sex scandal tore the Exclusive Brethren apart in 1970, her father pulled the family out of the cult. But its impact on their lives shaped everything before and all that was to come.

The Iron Room (named for the windowless meeting houses made of corrugated iron where the Brethren would worship) is Stott’s attempt to understand and even forgive her father: a brilliant, charismatic, difficult, and at times cruel man who nonetheless inspired his daughter with his love of literature, film, and art and with his passion for life. -goodreads.com

The Second book that Amy picked was Beasts of Extraordinary Circumstances by Ruth Emmie Lang. As soon as she named this books I had to laugh, I already owned it. Back in October of 2017 it was a choice for Book of the Month and as soon as I read the description I knew I had to have it. See what I mean, we have such similar taste in books! 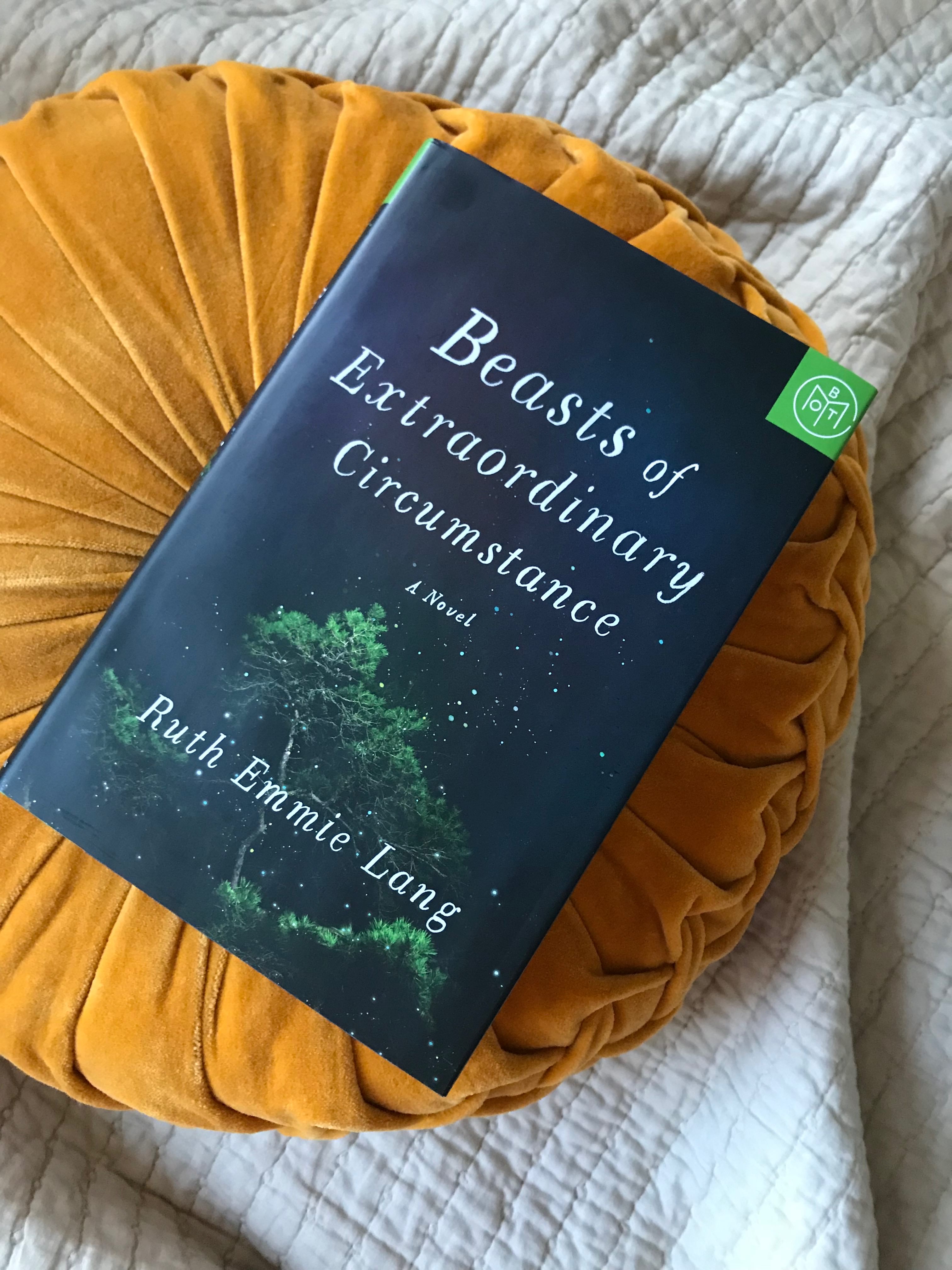 Description: Orphaned, raised by wolves, and the proud owner of a horned pig named Merlin, Weylyn Grey knew he wasn’t like other people. But when he single-handedly stopped that tornado on a stormy Christmas day in Oklahoma, he realized just how different he actually was.

That tornado was the first of many strange events that seem to follow Weylyn from town to town, although he doesn’t like to take credit. As amazing as these powers may appear, they tend to manifest themselves at inopportune times and places. From freak storms to trees that appear to grow over night, Weylyn’s unique abilities are a curiosity at best and at worst, a danger to himself and the woman he loves. But Mary doesn’t care. Since Weylyn saved her from an angry wolf on her eleventh birthday, she’s known that a relationship with him isn’t without its risks, but as anyone who’s met Weylyn will tell you, once he wanders into your life, you’ll wish he’d never leave. -goodreads.com

Overall I am super happy with the books that Amy picked out for me. Both of them seem to have a ton of promise and I cannot wait to read them. One is a non-fiction that discusses cults and explores relationships while the other is a fiction that speaks of powers, adventure, and a few good stories.

Have you read either of these books? What do you think of them?