Hello and welcome to another attempt at me recreating a DIY! This time I am trying to serialize a novel. I first came across this DIY on instagram posted by Sarah on Book50Blog. When I first saw this back in August I was first shocked by the methods used, but she made a really good point. Doing this to a huge, mountainous book into something really manageable.

Now, because this was on Instagram stories, it disappeared in 24 hours, so thankfully I thought it was a great idea and I wanted to try it right there and then. I screen shotted the steps so I could try when the time was right. That time has just now arrived, but before I get into the DIY I want to explain what a serialized novel is.

This was very popular during the victorian era, many books that are now published and full novels were once realized in chunks on a set schedule. This could be once a month, once every two months, or sometimes every other week. It really depending on the magazine or paper that the story was published. Some of the popular books that were originally published in the manner were The Women in White by Wilkie Collins, Jane Eyre by Charlotte Brontë, Wuthering Heights by Emily Brontë, The Scarlet Letter by Nathaniel Hawthorne, and Bleak House by Charlies Dickens. I tend to read a lot of classics like this in their original form thanks to a website called Victorian Serial Novels. I suggest checking them out, it really give you a whole new reading experience, you get cliff hangers in places you wouldn’t even believe.

Now, the book I am testing this out on was partly published like this, but then was turned into a novel part of the way through. You can read all about that here. So I am taking a little bit of liberties with breaking it up for a few reasons. The first being I wanted to try this on a big book and the second was because I had a cheap version of this classic so I would not be horribly upset if it all went wrong.

The book I decided to try this on was War and Peace by Leo Tolstoy because I plan on reading it in 2019. So, here it goes, the doing part of DIY. 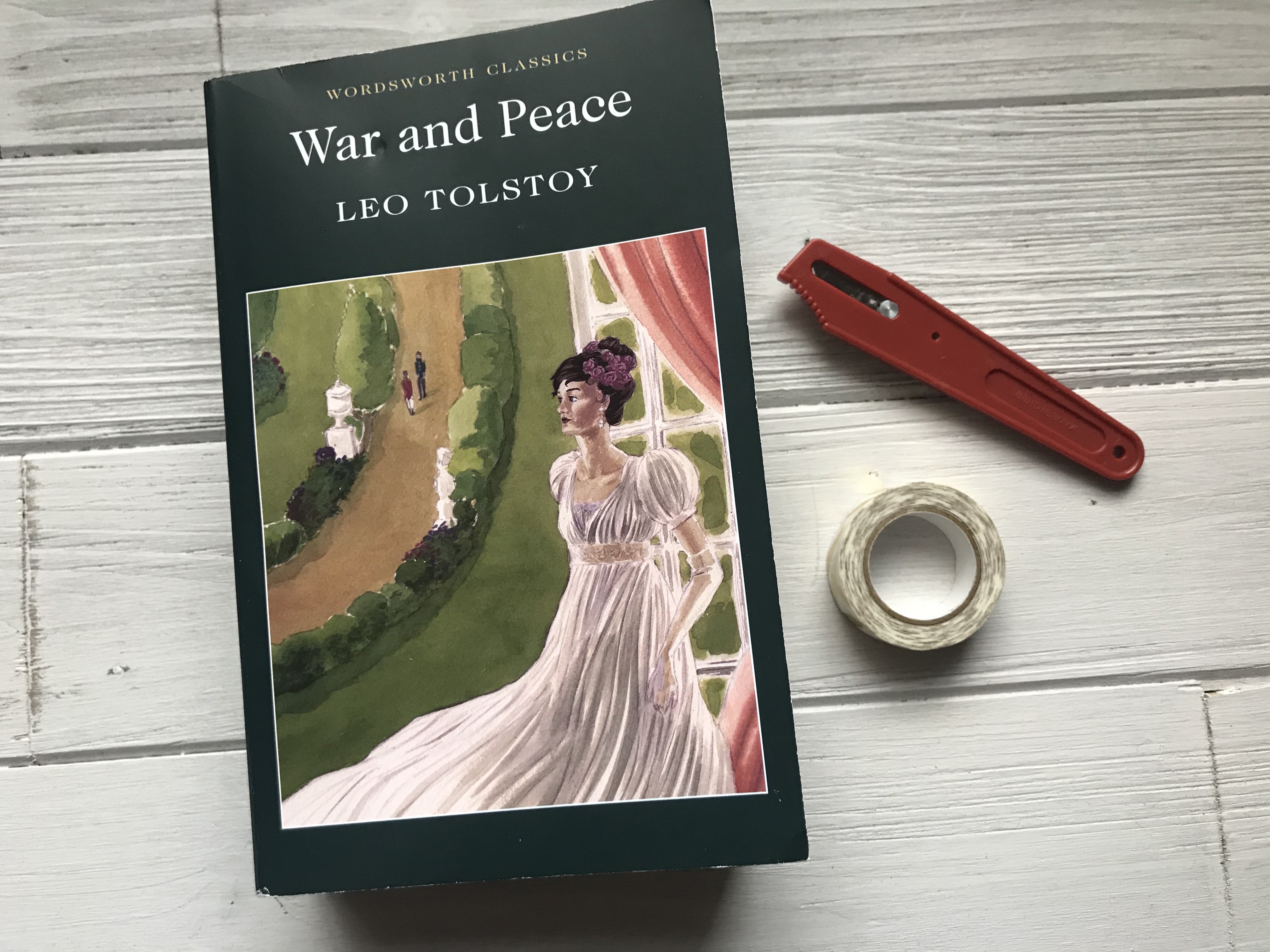 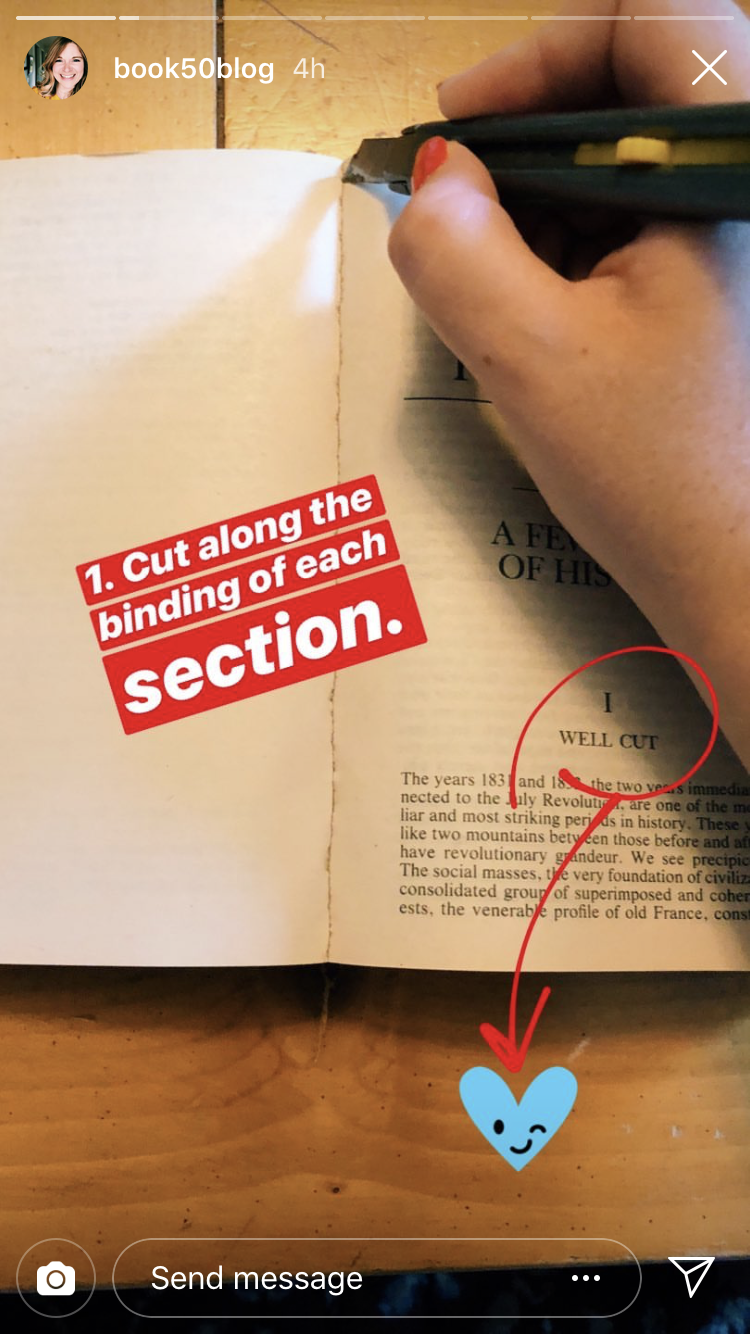 First you need to find the sections, I decided to break the book down into 17 sections. Book 1-25 then he first and second epilogue. I think in herLes Misérables by Victor Hugo if I am not mistaken. 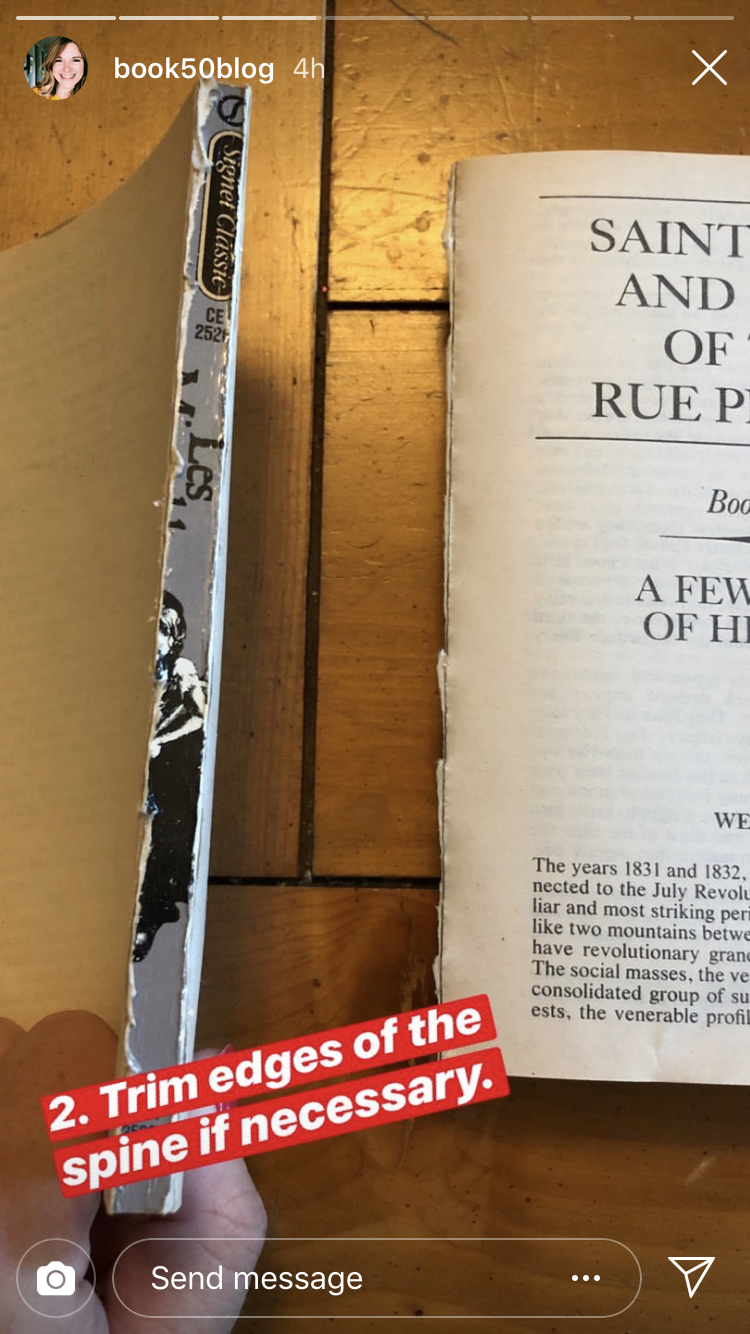 This is the part I was most worried about, I really thought I was going to butcher the edges and the entire book would fall apart page by page. But, I have to admit seeing the little bits of the spine actually looks kinda cool… did I just say destroyed book looks cool? Who am I? 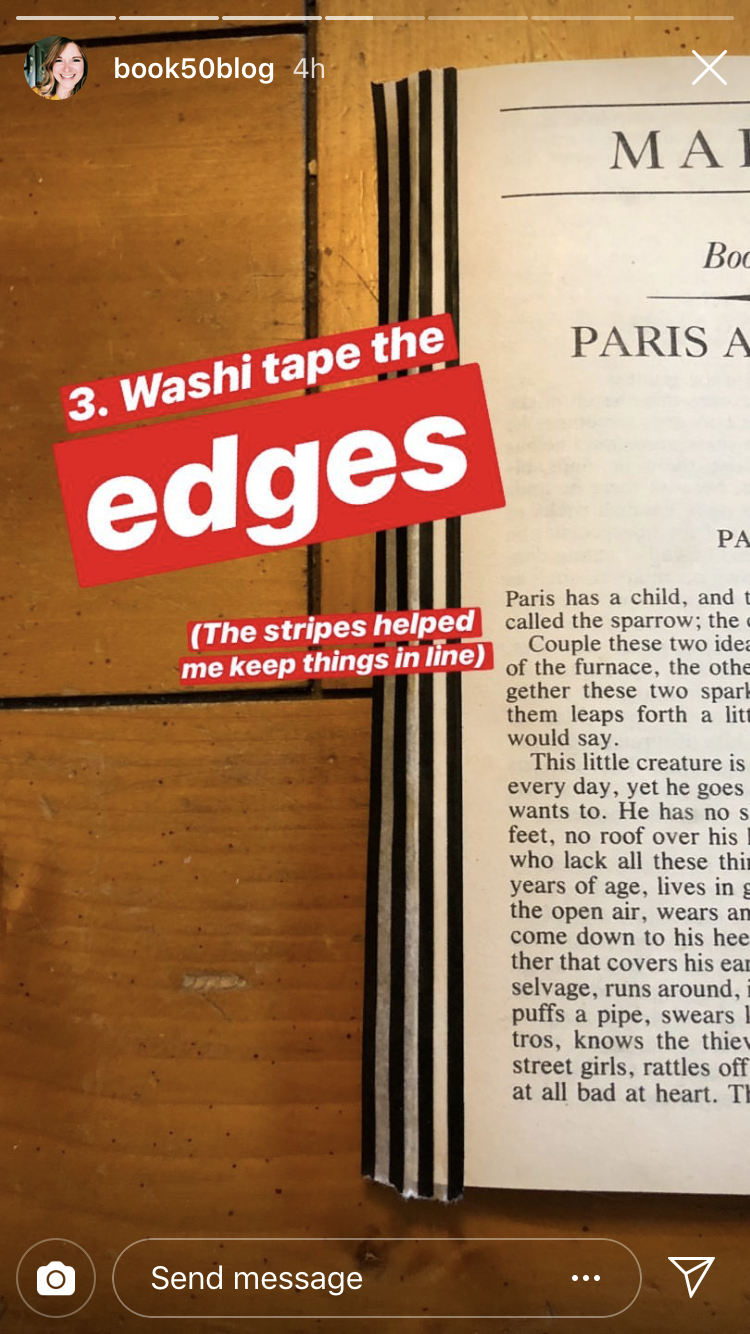 The last step I think was the best part of this for a few reasons. The first being it kinda made me less worried about the book just falling apart and it made it look more uniform. 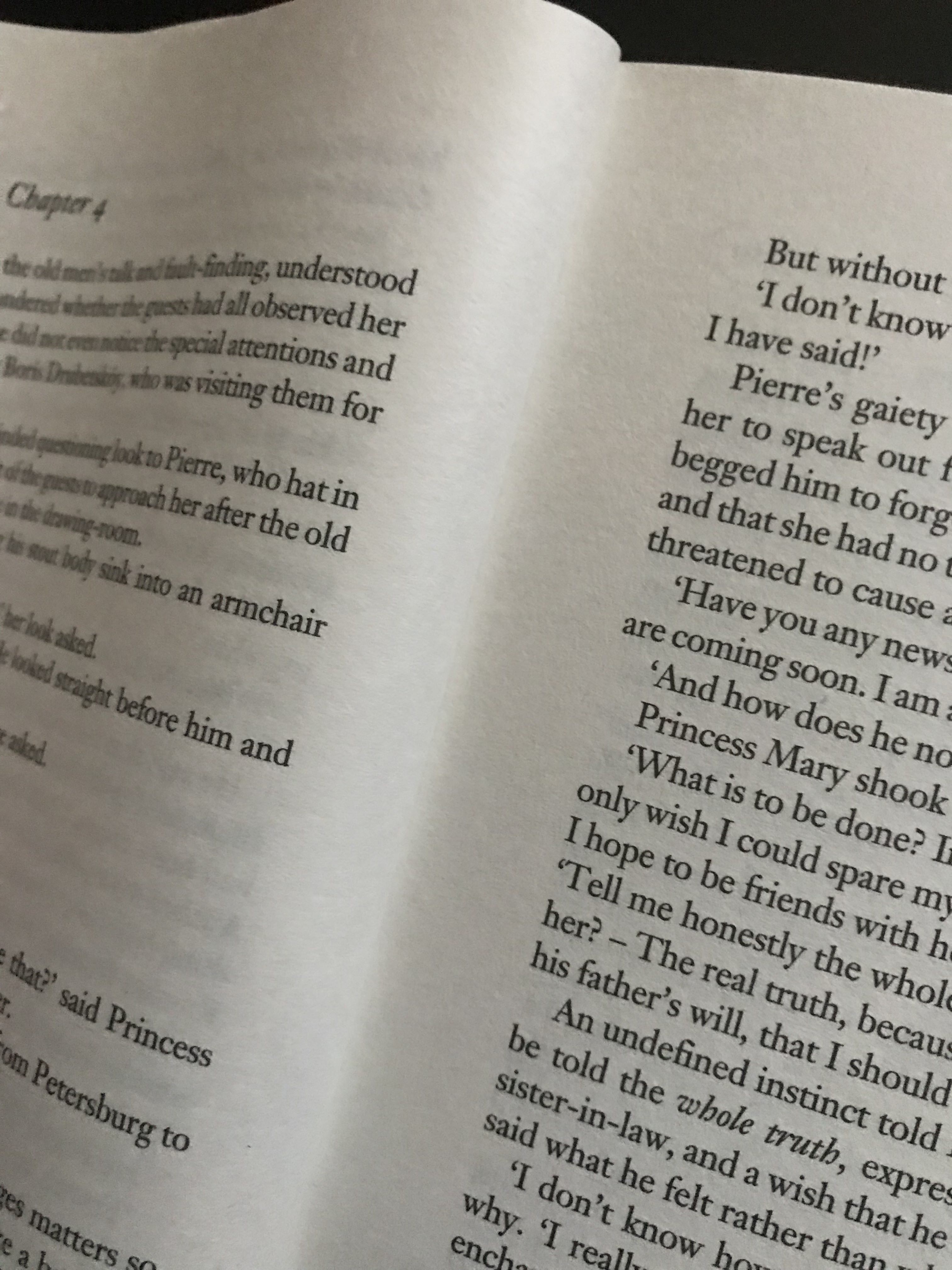 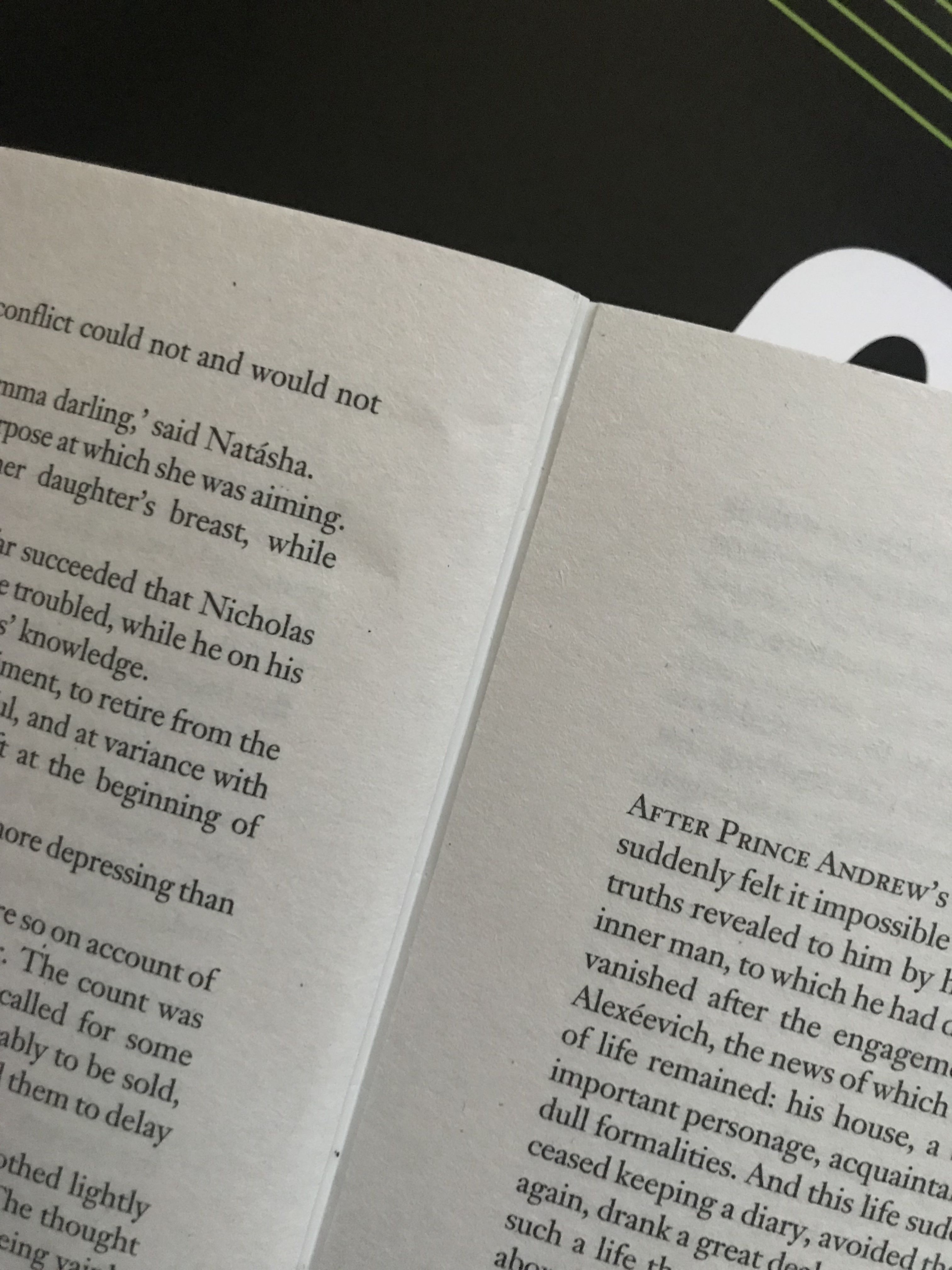 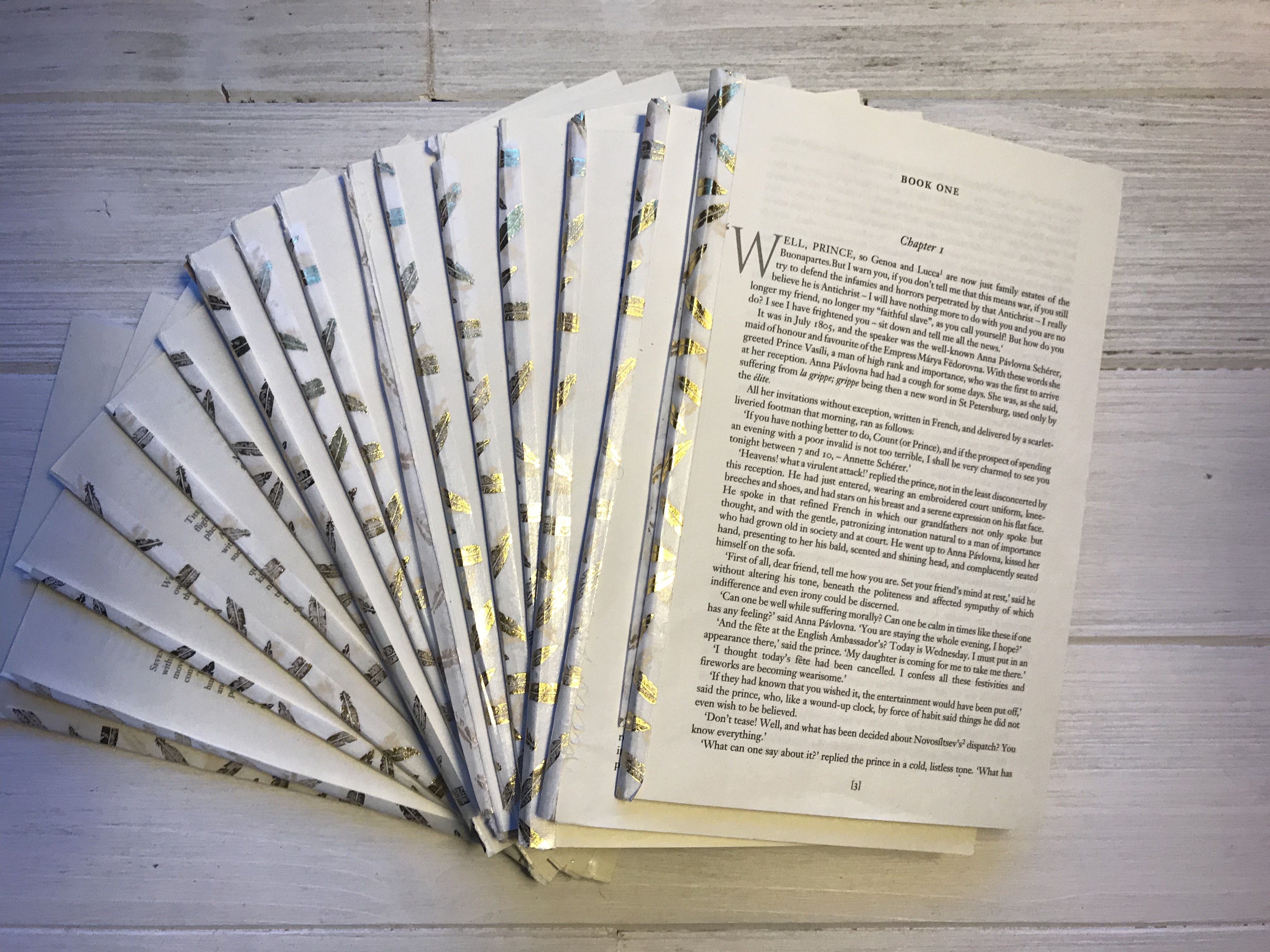 This is such a wonderfully straight forward DIY, thank you Sarah! Three steps with not a lot of fluff, it gets right to the point. I think that is why it caught my eye right away.

Overall, I really liked this DIY. It turned out a lot better than I thought it would. I would say I did have to cut the sections two times to really get a clear cut. The first to open up the pages to get to the binding, then the second actually cut the binding. I am really looking forward to reading this now serialized edition of War and Peace in 2019!

I hoped your enjoyed me testing out a DIY.

Which ones should I try next?