* I received this book from publisher via netgalley for free in exchange for an honest review.* 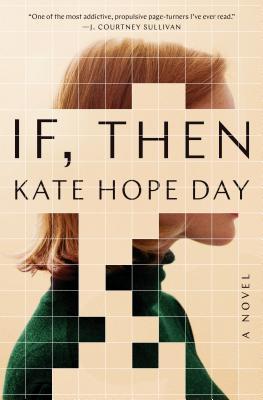 The residents of a sleepy mountain town are rocked by troubling visions of an alternate reality in this dazzling debut that combines the family-driven suspense of Celeste Ng’s Little Fires Everywhere with the inventive storytelling of The Immortalists.

In the quiet haven of Clearing, Oregon, four neighbors find their lives upended when they begin to see themselves in parallel realities. Ginny, a devoted surgeon whose work often takes precedence over her family, has a baffling vision of a beautiful co-worker in Ginny’s own bed and begins to doubt the solidity of her marriage. Ginny’s husband, Mark, a wildlife scientist, sees a vision that suggests impending devastation and grows increasingly paranoid, threatening the safety of his wife and son. Samara, a young woman desperately mourning the recent death of her mother and questioning why her father seems to be coping with such ease, witnesses an apparition of her mother healthy and vibrant and wonders about the secrets her parents may have kept from her. Cass, a brilliant scholar struggling with the demands of new motherhood, catches a glimpse of herself pregnant again, just as she’s on the brink of returning to the project that could define her career.

At first the visions are relatively benign, but they grow increasingly disturbing—and, in some cases, frightening. When a natural disaster threatens Clearing, it becomes obvious that the visions were not what they first seemed and that the town will never be the same.

Startling, deeply imagined, and compulsively readable, Kate Hope Day’s debut novel is about the choices we make that shape our lives and determine our destinies—the moments that alter us so profoundly that it feels as if we’ve entered another reality.

This was a very fast paced read that had you flying through the lives if the four propionate characters. I have been reading a lot of big novels such as The Count of Monte Cristo, so reading such a fast paced book, that didn’t feel rushed was wonderful and just what I needed.

I also enjoyed how this was a science fiction novel that wasn’t too out there. It just blurred the lines between alternate realities and did so in a really interesting way. As I was reading this I was almost getting NOS4A2 vibes in this respect. It was just a little science fiction that really lit up the story. It takes a skilled writer to just take something small and build a story like this surrounding it.

The writing in this novel was done really well. It takes talent in my eyes to be able to create a story that shifts so much between characters, time, and in some cases reality as the characters know it. If I had tried to do such a thing there would be plot holes left and right. Additionally, her writing style is very enjoyable to a point I will be looking into her future books, I hope she writes more.

Personally for me I did not get fully attached to any of the characters. This does not mean they were poorly written or anything like that. I just think because there were four main characters and the story flew by so quickly I didn’t really get a chance to connect with them. The characters themselves were interesting, especially since they seemed to be “battling” and experiencing such different things in their lives.

This is a very intriguing and interesting book. The premise of this book reminded me of a combination of books I already enjoyed, while it was all her own. The book flew by, but I can also see how that can be a disservice to this story. Overall, it was a good read in my eyes, I was entertained and I wanted to know what would happen next so I kept turning the pages.  If you want a fast paced read that is a little out of the ordinary and has you thinking about alternate realities/dimensions I suggest this book to you. 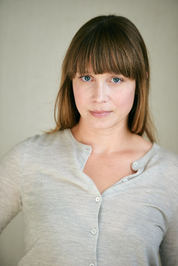 One thought on “REVIEW | If, Then by Kate Hope Day”