This months story Macbeth in my eyes is one of Shakespeare’s most famous plays. It is referred too so often, even by those who have never even heard the play because it has continued to be a part of pop culture. This play is thought to be first preformed around 1606, so it is quite old. 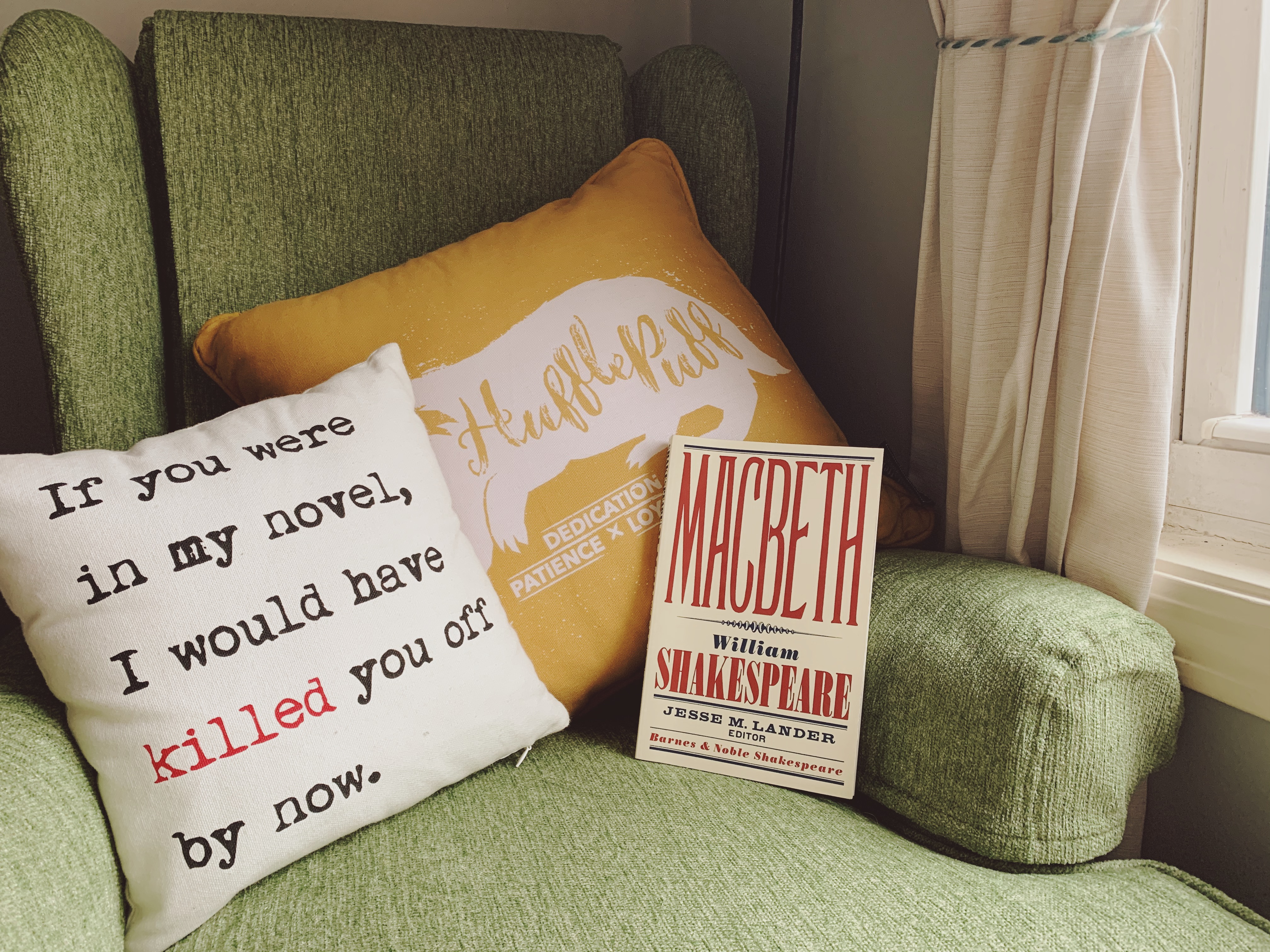 So like I said, this review is going to be a huge gush fest and I am not sorry. I honestly never thought I would be gushing about a Shakespeare play, but here we are. I annotated this book up and down and I think it is one of my most written in books that I own.

What I really liked about this book was all of the subtle references to various gods/demons that you may not normally know unless you know their symbols and such. There is an obvious mention of Hecate and Beelzebub, but there is also hints to The Morrigan. But, with both of these if you are not familiar with their stories a lot can be lost. Hecate is the goddess of witchcraft, moon, and ghosts. Which, in this play are very common themes that were very interesting and engaging.

Two things t really stood out to me, is the use of use of three and the paradoxes used in this play. The three witches, saying things three time for effect such as the Second Apparition and Macbeth in Act 4, Scene 1, Doctor and Lady Macbeth  in Act 5, Scene 1, and Macbeth in Act 5, Scene 5 just to name some outside of the witches themselves. Now, the paradox’s in this play are throughout, but a few of the examples I can easily find are Macbeth and his wife being great and wonderful hosts and then murder someone, Porter in Act 2 Scene 3 and Lady Macbeth in Act 2, scene 2. These writing methods really pull the story together and give it a particular feel.

There is one more thing that really stood out to me and it was the witches say with words. They were very playful with their words and what they said was borad, yet specific. One of the instances that stand out to me is their clue at who would kill Macbeth. They said that Macbeth cannot be killed by someone born by a woman, which you would think is impossible at first, but it is very possible. C-sections now a days happen all the time, but in the past babies were also removed from their mothers. It really shows that you must pay attention, very close attention to the words in the play. I feel like I would get even more out of it if I were to read it a second time. I also saw a parallel between the way you interpret these witches and fae in popular books. They can never lie, but that doesn’t mean they cannot be tricky.

Next months pick is The Taming of the Shrew. I know absolutely nothing about this play so I am a tiny bit worried, but I have high hopes as well because of the success of Macbeth in my book. Thanks to those who voted in the twitter poll!

What Shakespeare play should I read in May?

Have you ever read Macbeth? If so, did you enjoy it?

Which play do you think I should look into for June?