Hello and welcome to a bit of unboxing of my newest eReader. In the past I have used Nook when they first came out, then I transitioned to Kindle years later. Well, I decided I did not want to have a kindle because they are WAY over priced for what they are and I am not throwing my money away at Amazon. Due to this I started to look around for other options. There were a few things I was looking for specifically; a larger screen, backlight, physical buttons, work with my library. That is the thing about eReaders, they need to be fit for the user and you need to do your own research before purchasing to make sure it is right for you.

I ended up looking back at nook since I have used them in the past. To be honest I was not sure why I left, it was so long ago. I looked at their options and I was looking at the model called the NOOK GlowLight Plus and it was $200.00, which I found too much and didn’t even have the physical buttons I wanted.

I then decided to do a general search for eReader and came across Kobo. I decided to take a closer look and came across Kobo Libra H2O. It checked all the boxes for me personally, it had an internal light, had built in OverDrive(library), and had physical buttons and a larger screen than my kindle. The bonus on top of that it was cheaper then the Nook I came across. I decided to purchase this model for myself and waited for it to arrive. 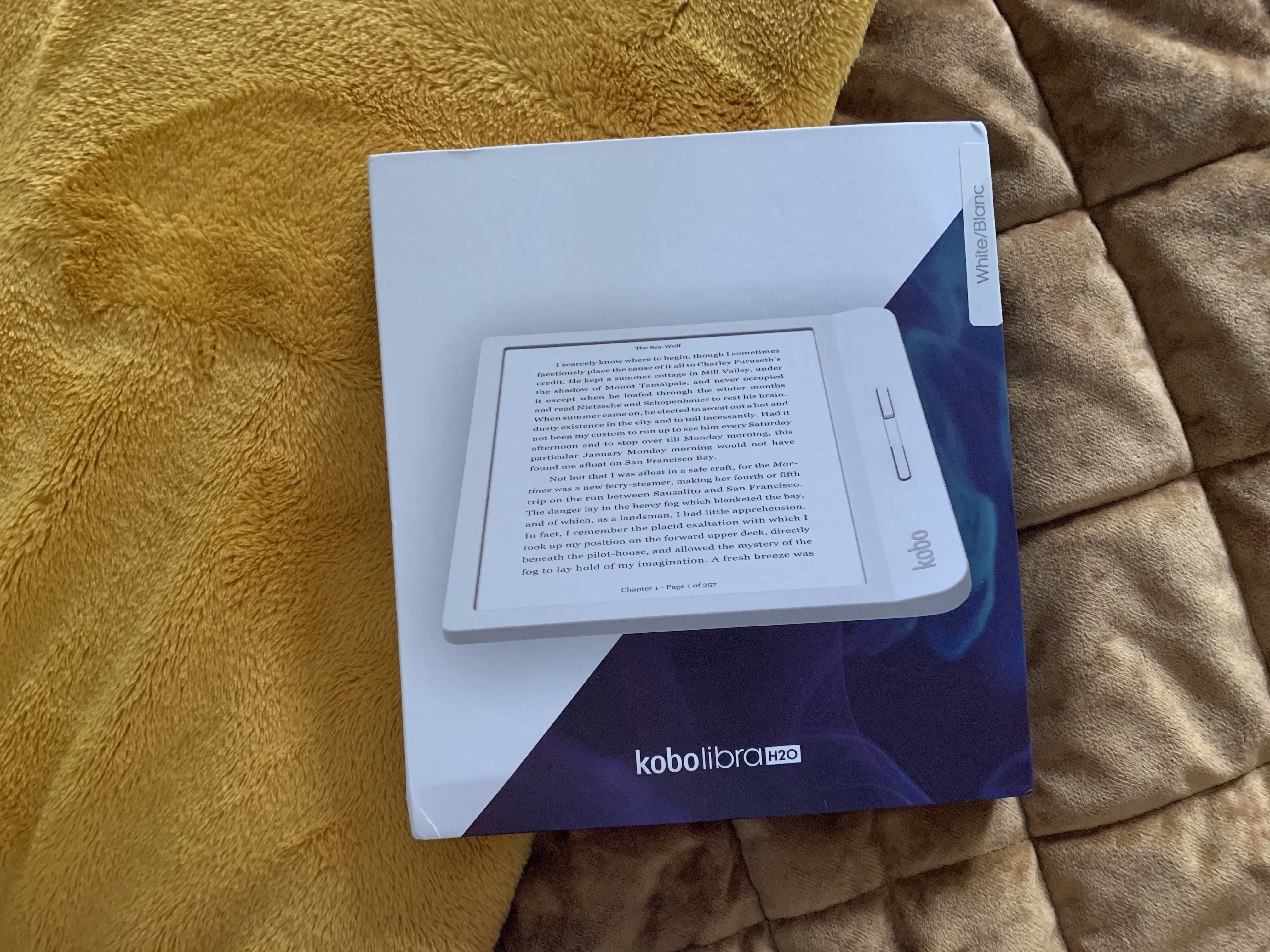 When my eReader arrived I was so excited, it came in a simple box and I opened it right away to get it all set up and ready to go. 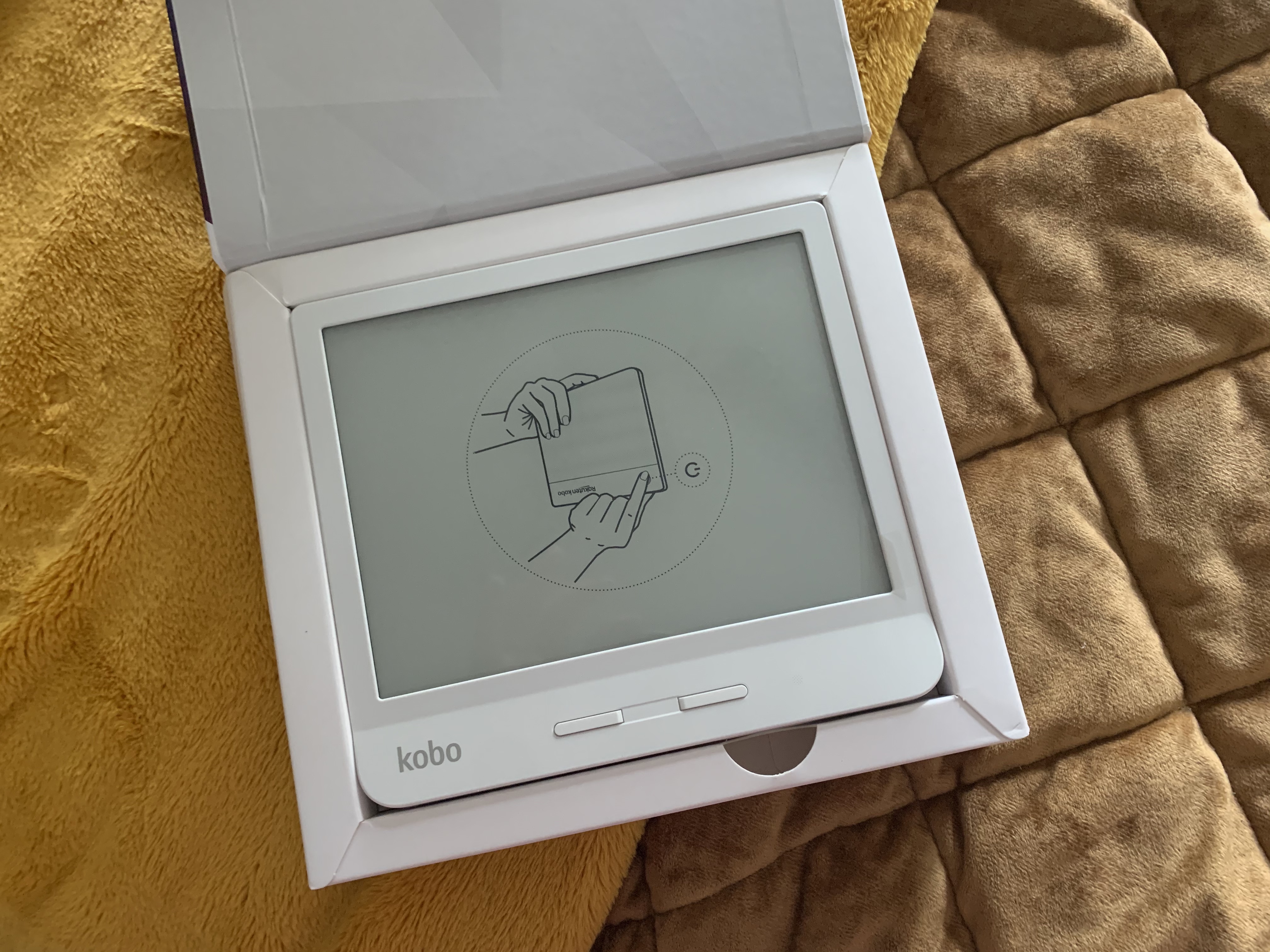 The packaging was simple, but it was more than sufficient to keep it safe. I was just as happy when I opened it and it seemed to be exactly what I needed and wanted. When I did take it out it was a good weight, not too heavy, but not too light that it felt fragile. The buttons felt sturdy and were not loose, which is something that always bothered me. I really dislike when a button wiggles. 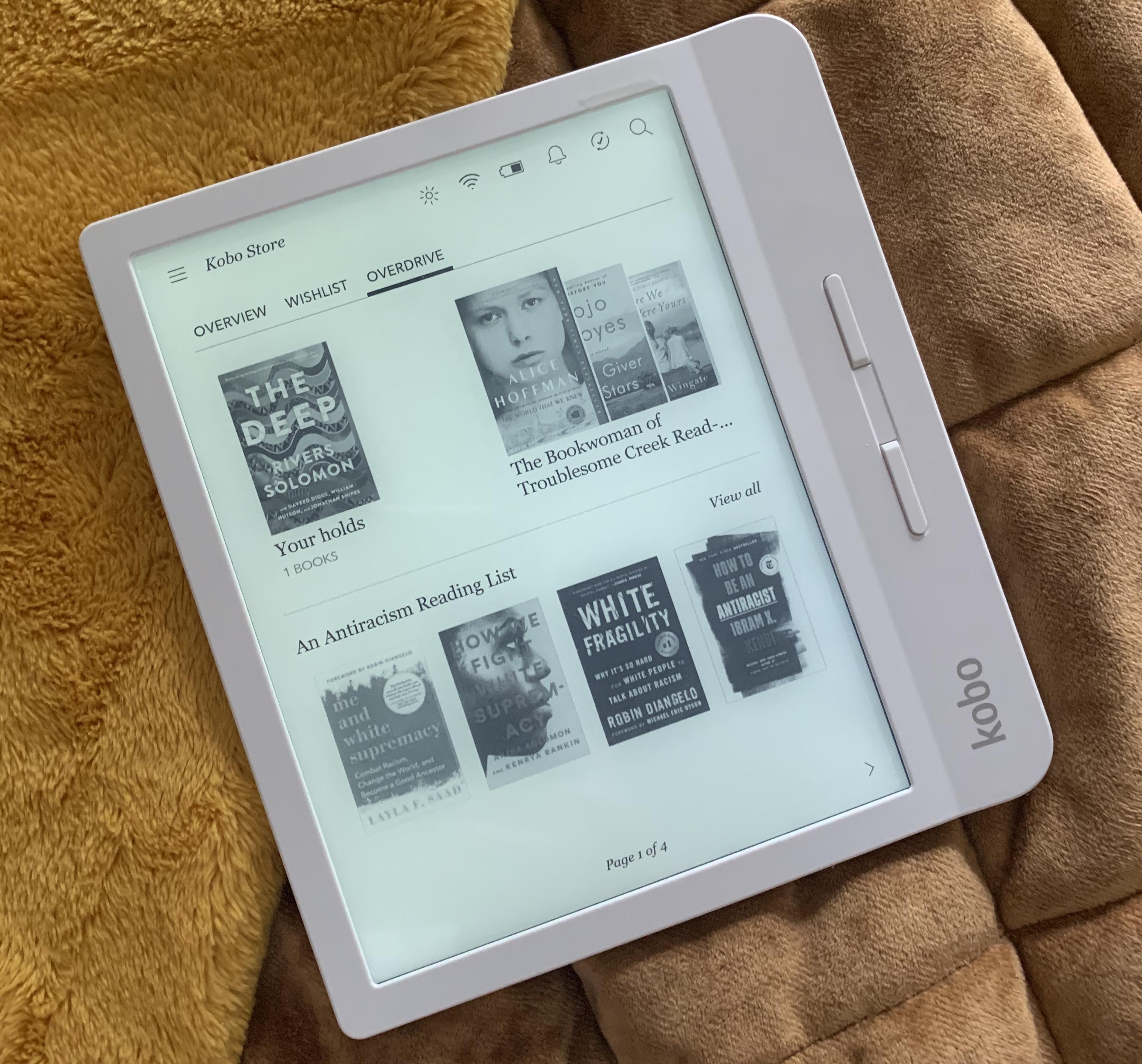 My Kobo was really easy to set up, I was fairly surprised. When I switched from Nook to Kindle ecosystem there was a bit of a learning curve, with this it was very intuitive for myself personally. I added my library right away and I was surprised and delighted that I could see my holds and how long they thought it would take my to get them. I could also request books from from my Kobo without having to go on another device like with my Kindle. I will be honest, I don’t buy a ton of ebooks, I mainly use the library so this is a huge deal for me.

I also was able to also add my pocket account, which I was also excited about. I always find blog posts and articles I want to read later on and I have used pocket for a while. Well, turns out these are now automatically sent to my ereader now too! I am really thrilled with what this Kobo can do and I will continue to play with it and I am thinking I might do an update post later to share how I feel after a few weeks or months of use.

Do you have an eReader? If so, which one?

What are your musts when it comes to an eReader?