Hello and welcome to my check in for my 2020 Shakespeare Challenge. If you would like some more details about the challenge you can find that in my post called,  Blogmas | Goals | 2020 Shakespeare Challenge. I would like to apologize I missed posting this last night, but better late than ever. I decided to combined the past two months instead of making two separate posts. Anyway, here are my thoughts on Twelfth Night and The Tempest! 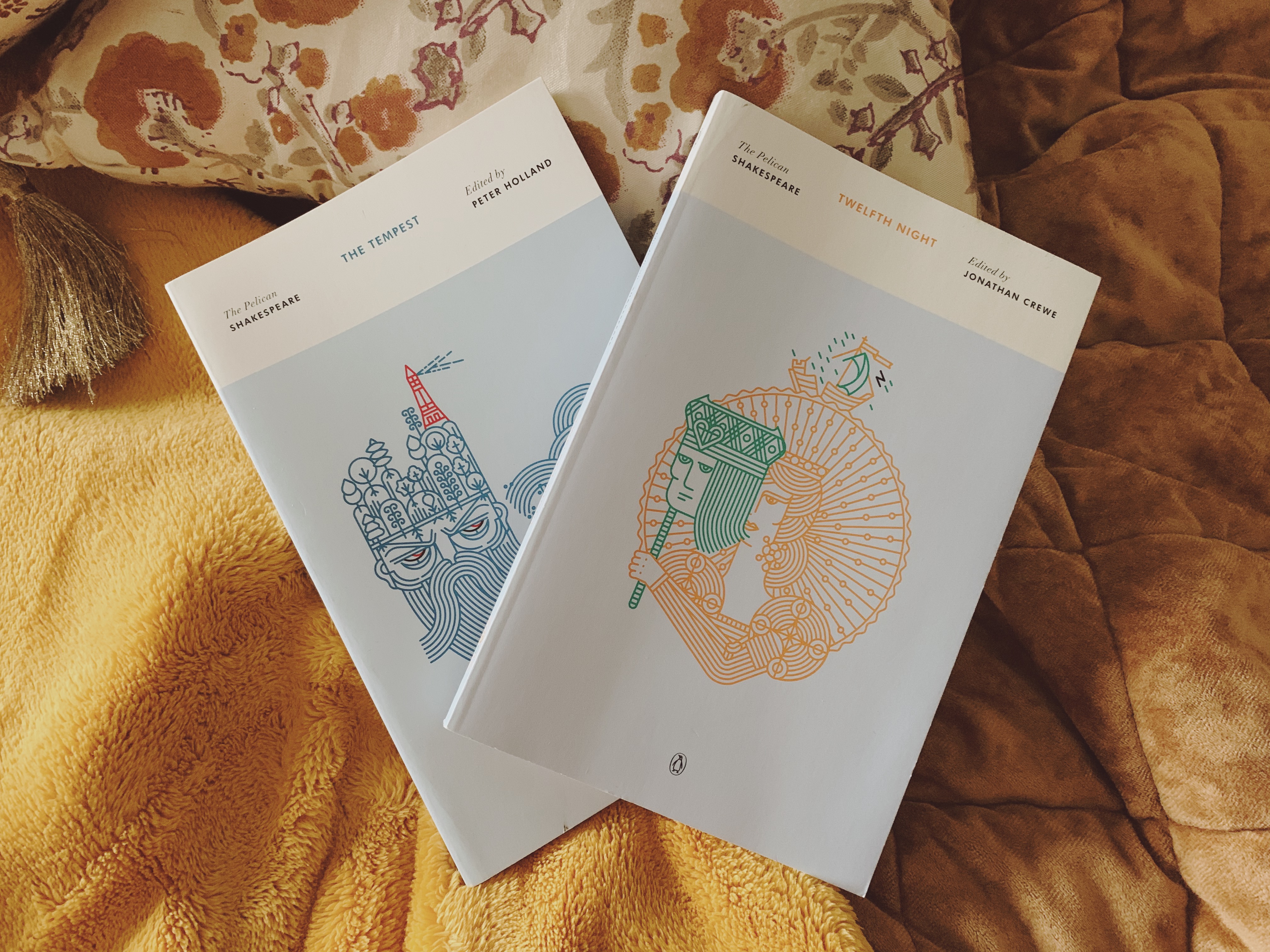 So, like many of his works, this one starts with a bit of a tragedy. I think this is one of my “ugh” things when it comes to Shakespeare, he reuses a lot of the same plot points, but dresses them up differently if that makes sense? Anyway, more on this specific play. This play was packed with mistaken identity, disguises, and of course a love story of sorts. This play really thrived on a bunch of misunderstandings and a lot happened that I don’t want to go into it because of spoilers. I will say this is not near the low bunch of the plays I have read by him. I cannot say no to some magic into a story, so that alone won some points for me. I also was not completely disappointed as to how it ended as well.

There are a few things I really liked about this play in particular the first being a ship wreck that reminded me of Odyssey in a way. I am not sure if this was the purpose, but I enjoyed the connection I made. I also liked that in this play there was also magic and magical creatures. As I said about Twelfth Night, I am always a sucker for it. I ended up giving this play 4 stars because I was a bit more into actually reading this and it kept my attention for than Twelfth Night did. It is one of the Shakespeare plays that I actually would not mind reading for a second time, I think Macbeth is the only other one on that list.

What is your favorite work by Shakespeare?

What are you thoughts on these plays?