Description: In the days of prohibition and the Harlem Renaissance, Owney Madden, gangster and Cotton Club owner, has a plan to defeat the tyranny of Tammany Hall. He’ll whack mob kingpin Arnold Rothstein. Harlem Rhapsody follows this turbulent era (1927-1937), from Duke Ellington’s debut at the Cotton Club, to the unsolved murder of Rothstein, and the machinations of a secret organization, the Volunteers. Based on true events and real people (The Belle of Broadway; Titanic Thompson; Lucky Luciano) Harlem Rhapsody is the second book in The Volunteer series about Teddy Roosevelt’s band of men who, with financial assistance from J.P. Morgan and John Rockefeller, fight to take down corruption and Tammany Hall.

Before I get into this review, I just want to make sure you all know that Harlem Rhapsody is book two in The Volunteers book series. The first book in the series is called Drive by John M. Nuckel. I suggest you check that one out if this review sounds like something you might enjoy!

First and foremost, I loved how researched this book was. This book takes place during the prohibition era in the US, where alcohol consumption was against the law, unless you had a prescription. This book revolves around the corruption of the time period. Some of the themes include speakeasies, crooked cops and politicians, inequality, and organized crime. While reading this book, it was apparent that the author knew a lot about this time period as well as landmarks such as The Cotton Club, which I suggest you click through and learn more about. It is rare where an historical fiction leads me to research new topics and honestly, I felt the extra research added to my reading experience. Also, the references and appearances of historical figures is fun for someone who enjoys history.

As stated, this book showcases corruption during this time period. One of the things that stood out to me was the opening “scene” itself. It showed the political unease and “sneakiness” in not only the US, but also abroad. It showed how horribly people could have been treated. The corruption of the shown in this novel includes people in power being paid to look the other way, especially when it came to illegal alcohol consumption. Some even coming into the speakeasies themselves! But, this book took a look at those who were in charge, who ran the networks that fueled the illegal activities and how they were in a constant duel for power. This book really was filled with action and had a lot going on in it. It was interesting to see the inner workings of these “secret” organizations. I felt like I was reading the equivalent of a mob movie, which for me is good, because I have been on a true crime kick as of late.

The one fault that I found with this book was from time to time things dragged a bit, but I feel like that will not be the case for everyone. For me, when it did drag it was for a very short period of time.

Overall, I felt like this was a really interesting historical fiction set in a very corrupt time period. If you like reading about the prohibition era, groups vying for power, corruption and even true crime I feel like this book might have something for you. Also, a nice bonus is the short chapters! I am a reader who cannot stop until they have reached the end of the chapter, so personally this was a huge plus!

Hello and welcome to yet another BOTM unboxing. This month I honestly had a hard time picking a book, I was kind of tempted to skip. Upon first glance, none of the books were ones I was interested in apart from one I already own, so that was kinda a bust. Then, as I took the time to read through the descriptions, I came across this months pick! 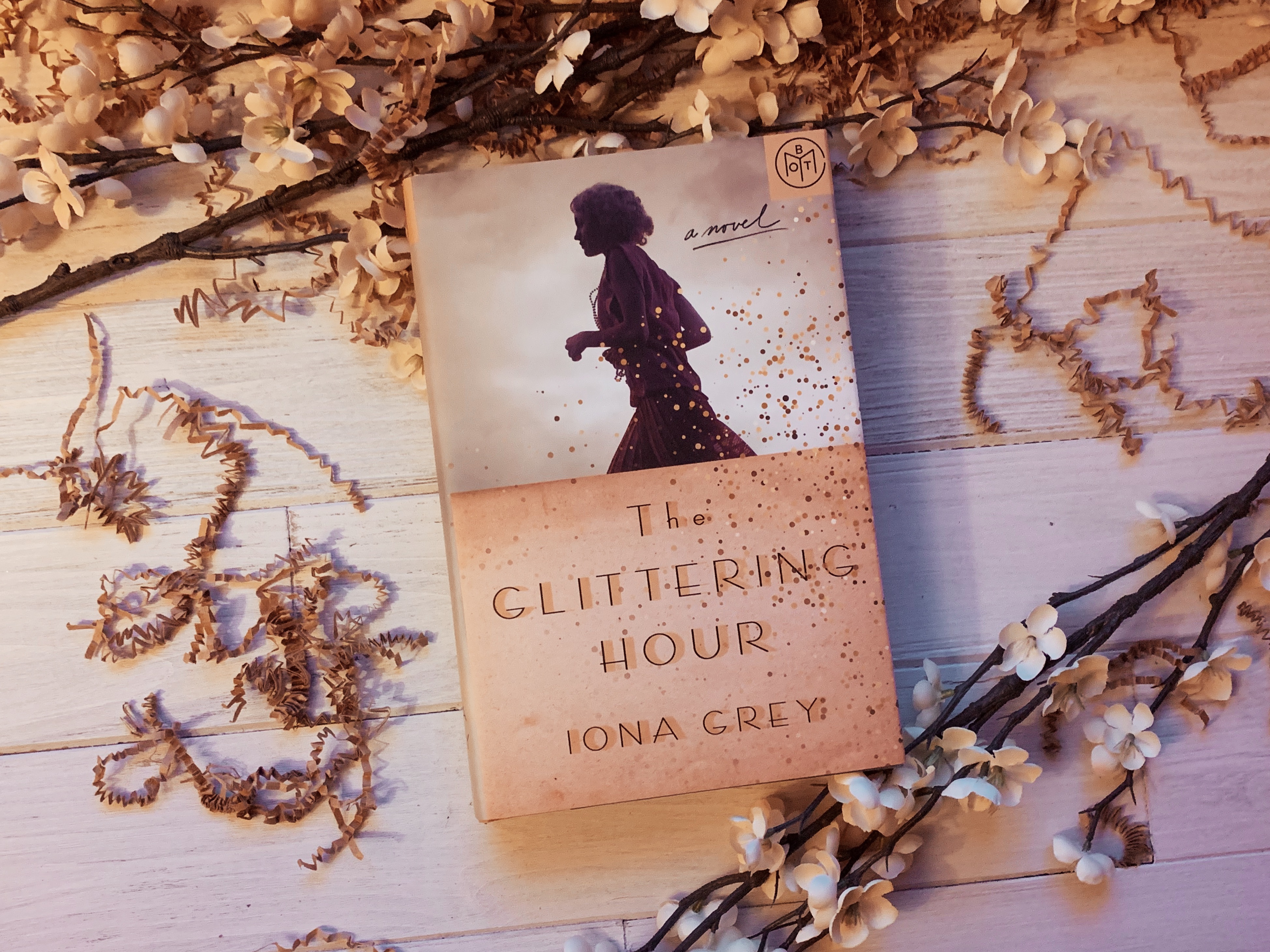 I don’t know about you, but when I was in high school I had to read The Great Gatsby. While reading the description for The Glittering Hour, for some reason it reminded me of The Great Gatsby, but also the life style of the Fitzgeralds themselves. These figures seem larger than life and walk a fine line between partying and loosing it all. I feel like the main female character might live a life style familiar to them, but I could easily be wrong.

In addition to sparking a connection to the 1920’s over the top partying, I also love a good forbidden love story. I know it is so beaten to death, but honestly if I can read about true love against all odds,  I am so there. Also, it doesn’t seem like it is going to be a quick burn romance, since the story takes place over a few decades. This, is also a selling point because it seems like there might not be an insta-love situation, I really hope there isn’t one.

I really am excited to see how Selina Lennox balances staying on the “right side of a scandal” and what type of decisions she will have to make when it comes to Lawrence. I am hoping for a slow burn read and hopefully I won’t be too mad at the main character for her choices. Fingers crossed, I feel like this could go either way and I am excited to find out.

Does this book sound like something you would read?