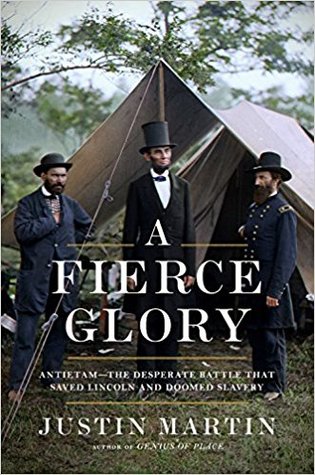 From an acclaimed author and historian, the dramatic, character-rich story of Antietam–the high-stakes battle Lincoln needed to win to save the Union and free the slaves

September 17, 1862, was America’s bloodiest day. When it ended, 3,654 soldiers lay dead on the land surrounding Antietam Creek in Western Maryland. The battle fought there was as deadly as the stakes were high.

For the first time, the Rebels had taken the war into Union territory. A Southern victory would have ended the war and split the nation in two. Instead, the North managed to drive the Confederate army back into Virginia. Emboldened by victory, albeit by the thinnest of margins, Lincoln issued the Emancipation Proclamation, freeing the slaves and investing the war with a new, higher purpose.

In this vivid, character-rich narrative, acclaimed author Justin Martin reveals why this battle was the Civil War’s tipping point. The battle featured an unusually rich cast of characters and witnessed important advances in medicine and communications. But the impact of the battle on politics and society was its most important legacy. Had the outcome been different, Martin argues, critical might-have-beens would have rippled forward to the present, creating a different society and two nations.

A Fierce Glory is an engaging account of the Civil War’s most important battle.

Having lived in the U.S. I have been hearing about this battle from a young age and how it is the bloodiest of our history. Even moving on to University I learned even more and I though I had a very good grasp on the events of this battle. I am happy to say that this novel has shed some fresh light ton aspects of the battle I did not previously know or fully understand. Martin has done a great job in creating this unique and very well informed account.

One thing I look at while reading a non-fiction novel is I am very mindful of the footnotes/end notes. For me this can either make a nonfiction book or break it. When writing about nonfiction these authors need to cite a lot of documents and other articles to come across as legitimate and essentially prove that they did their due diligence while researching. It is apparent here that he has done just that. I also appreciated the mention of women dressing up in mens clothing so they too can fight.

Another thing I really enjoyed about A Fierce Glory was how the author showed how the soldiers and leaders lived and were affected. Additionally, the narrative benefited greatly by the author showing the battle in a large scope instead of focusing on the movements of soldiers. Often while reading a something about the battle you hear something along the lines of, so and so did this and then this happened. What was done with this account is very unique. Not only does the author NOT show you what happened, the historical figures do. This is something I think will benefit a lot of readers who normally would not pick up this genre.

While the author mentioned women taking part in the fighting, such as Barton, I just wanted to hear more. Now this is a person want and does not mean the book is not good in anyway. In fact, I am happy the author talked about women roles during the civil war. I just wish I could learn even more about it.

Overall, I would say this is a very solid look at Antietam and the bloodiest day in U.S. history. The way the author conveys the information give it a more human feeling instead of the others I have read that keep the readers at a distance from the people who fought by hiding behind troop movements. I really think this book would be well recommended for those who are interested in the battle, U.S. History, and want to get into reading nonfiction. The way in which this is written makes it very accessible. 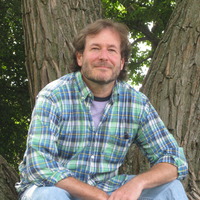