This months story The Taming of the Shrew. The title alone had me a bit apprehensive about this book, but my twitter followers picked it so I was going to follow through and read it. According to a quick search this was written around 1950. 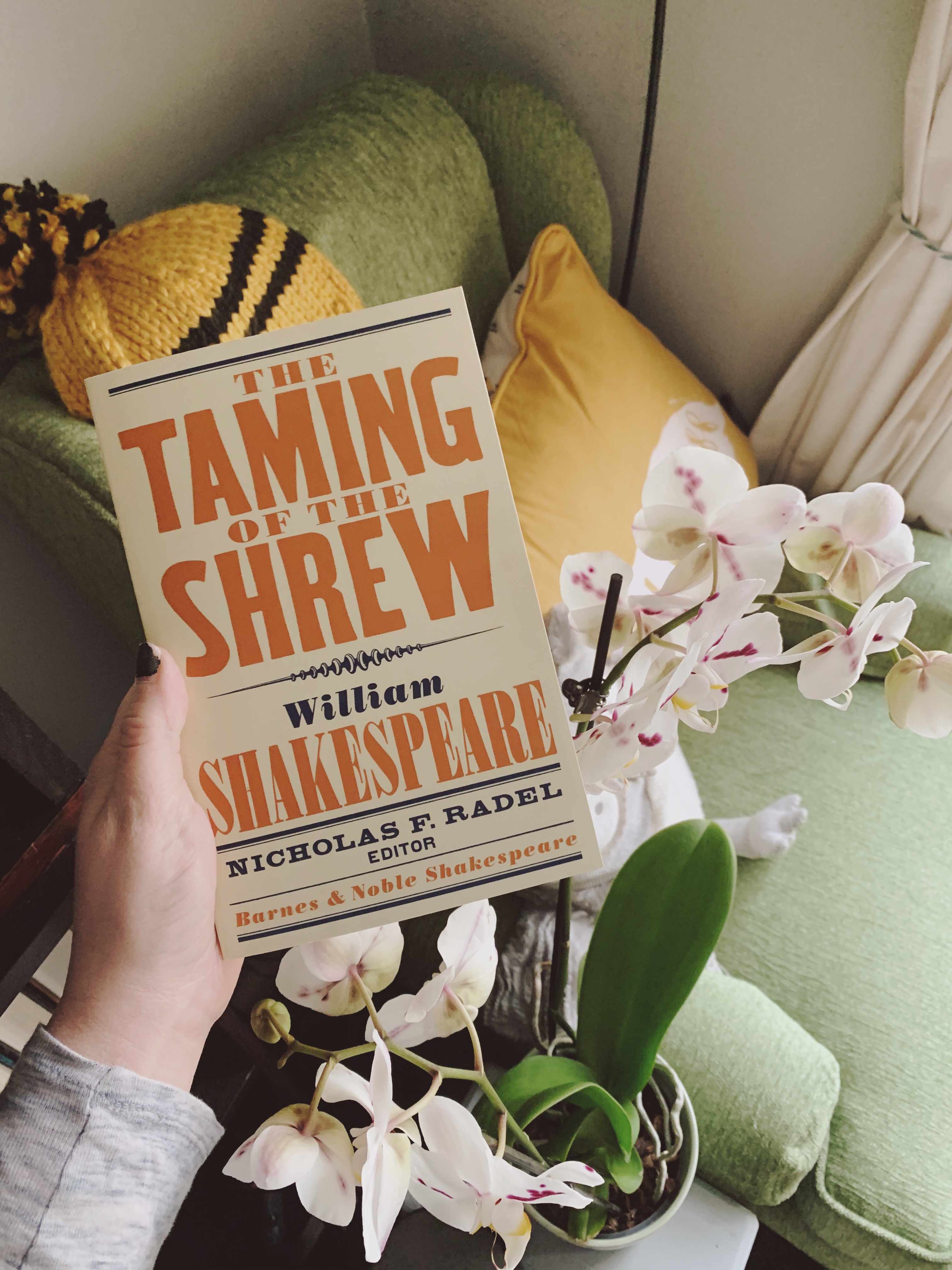 I am going to honest, I am kind of torn on this one. This is really a cruel story in quite a few ways.  A well off man tricking a man into thinking he is a lord just for the fun of it. Taming a woman and making her not herself like she is an animal. Just all around manipulation in this book. I will say it was imaginative and like nothing I have read personally.

This starts off with a noble man of sorts feeling like they have so much power and influence they can just totally mess with someones life with fun. It put a really horrid taste in my mouth. I am really hoping Shakespeare was attempting to ridicule higher ups in society, if that was not the case I might actually hate him. The fact that this privileged person felt they could just do that was irritating and I was so irate while reading this. Everyone just went along with it like it was normal! I don’t understand.

Now the whole title of this play had me worried, like I mentioned earlier. Lexico describes one of the definitions of this word as “A bad-tempered or aggressively assertive woman.” I will also put forward when I hear the word tame, I think of a pet or animal, not a human being. So, I was kind of waiting for someone treating a lady as less than. Well, I was correct. The shrew in this story was treated like a jerk, only married to get her out of the way so others could marry her younger sister. While she was not nice I liked that she was strong willed and knew what she wanted. Well, her “husband” and I put it in quotations for a reason, he just was hired to marry her to get her out of the way treated her like garbage and manipulated her into being brainwashed and subservient. It honestly made me super mad and I hated every moment of this.

The more I write about this story and think about it, honestly the more I dislike it. Now, don’t get me wrong I know this was written around 1590, women had no place in society and her not seen as equals and it is apparent in many of Shakespeares plays where the father and husband have the final say and such, but I felt like this play just took it to a whole new extreme. IN the past plays I have read women were still allowed to be themselves and were not manipulated in the same manner and just seen as a creature that need to be moved out of the way so men could get to eh more desirable sister.

I really don’t want to say much more because I feel like this is already a rant. I really am hoping deep down that Shakespeare wrote the play with these two very troubling plot lines where two people are just totally manipulated as social commentary and didn’t just write it because it would be “fun” and “enjoyable”.

Next months pick is Twelfth Night, a huge thanks to those who voted in the poll!

What Shakespeare play should I read in June?

Have you ever read The Taming of the Shrew? If so, what were your thoughts?